December 1st, the beginning of meteorological winter, did not disappoint.  Western New York is snow covered.  More is on the way throughout this coming week.


I don't really like the idea of re-posting previous poems, but here goes.  This is one of my own favorites and since it is nearly two years old, I've decided to share it again. 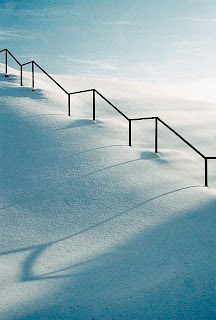