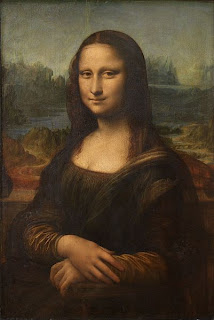 The Art Of Health Care

Sometimes when and where you least expect it, answers to our most complicated questions are revealed and we are left to wonder why we didn't think of them sooner.
For the Obama administration and all of our "elected" legislators, the plan for our so-called national health care issue has been found in Italy.
The Italians, (who have not been able to maintain a stable government in decades, if ever)  just might be able to provide the United States, (where a stable government can't seem to find answers to fairly direct issues), guidance for dealing with our national health care dilemma.


Sicilian professor of pathological anatomy, Vito Franco of the University of Palermo, is a medical expert in the "study of famous subjects of Renaissance artworks", according to a story by Jeff Israely on TIME.com, January 9, 2010.  Professor Franco studies the characters in famous master paintings and presented his conclusions of their illnesses at a congress on human pathology last fall (2009) in Florence, Italy.
Professor Franco has concluded that Mona Lisa suffered from xanthelasma, which is the accumulation of cholesterol under the skin. Who knew?  From the painting he determined that she had a fatty tissue tumor called lipoma on her right hand.  And that diagnosis without x-ray!
Think of all the money the health care industry could save with more "medical experts" like the good Professor Franco.  Imagine the savings workers could enjoy with lower insurance costs. Corporations could save millions (billions?) of dollars each year on 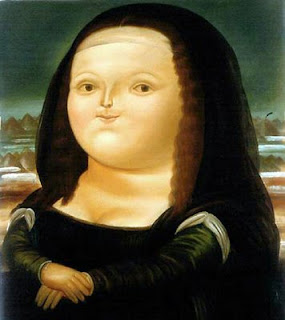 
All it would require is a canvas, a brush, oil paints, a trained eye and good glasses!

Now if Professor Franco could only tell us how to diagnose a bloated bureaucracy.

In Search Of Other Life 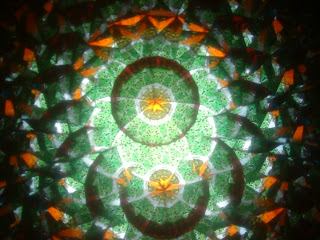 This past week I was reading about astronomers searching for other planets and potential life throughout the universe.  Really, it boggles my tiny mind as to how they figure these things out.  If they really do.  It's like scientists telling us what dinosaurs sounded like.  Really?  Play THAT tape back for me!

But the quest for life outside our own world, and the imagination it stirs, brings to mind a distant, pleasant memory:  When we were kids in Amarillo, Texas  my cousins and I would lay on the warm concrete summer sidewalk and stare into the crystal clear, moonless night sky.  Yes, Carl Sagan, there WERE billions and billions!  An amazing sight!  I had been told that there was no end to the universe.  If we were to travel in a spaceship, we would never find the end...infinity.

You remember the feeling:  Butterflies in the tummy when you tried to wrap your young mind around that concept.

Well, I still get that sensation when I think about these things.  To me they're unthinkable.  And utterly amazing. 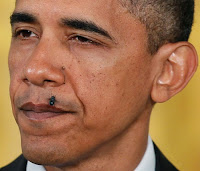 I have a new post on my other blog, Baker'sTake  http://bakerstake.blogspot.com/, if you get bored and decide to check it out.  The title is "No Fly Zone."

I'm not really sure what direction I'll go with the Quickies, or how long I'll be able to sustain it, but it's just for fun.  Beware, though:
some of the texts to the pictures may end up being a bit risque on 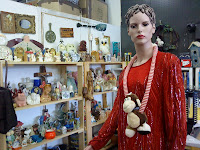 At any rate, hopefully it will be entertaining.  Once again, thank you for all your comments, and support!  I wish everyone the best! 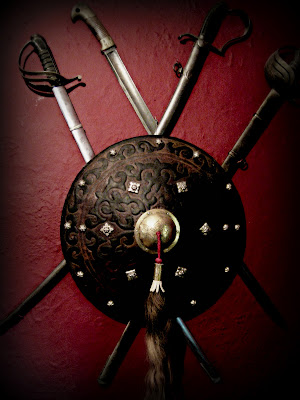 Lorena's New Life
He dreamt a life of leisure
with his mail-order bride...
Until, unpacking, she hung
her hat upon the wall.
Photo courtesy of Tess Kincaid at Magpie Tales
Text ©2011 by R. Burnett Baker
Posted by R. Burnett Baker at 5:08 AM 18 comments: 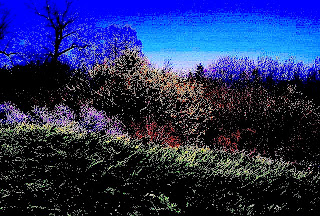 
in the
mid-night
there is comfort
in the still;


before dawn,
slumbered eyes
shield me from
sunrise spinning
its hunger beneath
the floor -


I awaken
from mottled dreams:
the night is pleased
to be rid
of me.

Prayers Will Be Heard 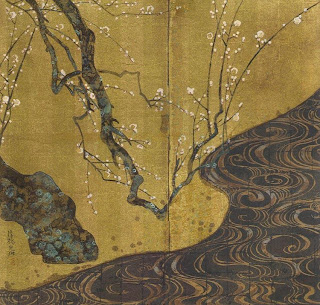 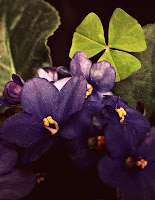 Searching For 4-Leaf Clovers
In her most recent post today, March 15, 2011, Suz at http://suz-beginagain.blogspot.com/ wrote that the events and suffering in Japan had left her "...frozen in reflection. Why?"
I could not help but have a similar feeling about the events unfolding in Japan.  In my comment to Suz I wondered about why this particular disaster, among daily disasters we witness the world over, has me feeling numb, and why it's difficult for me to wrap my mind around it.  After all, Haiti, the Christmas tsunami a few years ago, and countless other horrors have made us witness to the fragility of life time and again.


When we read about the annual monsoon floods in Bangladesh that kill tens of thousands, we tend to not pay as close attention to the event even though the loss of life is no less devastating.  The same can be said of hundreds of thousands killed by earthquakes in China or South America, or Iran.


What, then, makes this Japanese disaster different in my mind?
Here is my theory:  Japan is not a third or forth-world country.  It is not gut-wrenching poor.  Since WWII Japan has been at the forefront of innovation, invention, engineering, and technology.  Being on one edge of the "Ring Of Fire" Japan has actively designed and promoted the construction of "earthquake resistant" buildings.  Natural disasters are more and more taken into consideration when building atomic power plants.  In the United States, we buy Japanese cars that are considered to be second to none in the world for quality and reliability.  These horrible things simply don't happen to places like Japan.  Or Europe.  Or the United States.

I'm not implying that we all believe that lives in poor countries of the world are less valuable than those in a developed country like Japan.  But if we're brutally honest with ourselves, it isn't outside the realm of reality that we don't focus on other catastrophes in equal or comparable measures the way we have on this one.


To be fair, perhaps that is MY theory for why I feel much more distressed about this event than others.
The images and videos that are pouring out of Japan everyday are worse than a disaster flick.  It's horrifyingly real.  In a matter of seconds cars, boats, ships, and buildings are swept down streets and into the sea.  We are seeing the total destruction of life in real time.


And all the planning, designing, and engineering for the safety of humanity are gone in mere seconds.


As I said in my previous post, we must give our attention to our families, our communities, and offer what we can to the larger world community at every opportunity.  I often say that this planet will dispose of us in due course, and the crocodiles and cockroaches will be here long after our species is vanished.
It's true.  In the world's garden of life we should seek more than one color of flower and celebrate those rich visions.
And we should stop looking for 4-leaf clovers for luck:  Appreciate the beauty of the three leaves we find in life before a season or nature brings it to a close. 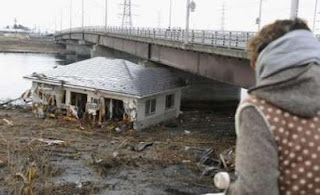 
assume no
relevance beyond
what can be
swept away:
all life.


stand firm
to heaven;
life is here,
but there
at nature's
random.


Earthquakes occur daily.  Every year we witness
disasters, death and destruction.  We give each
event our rubber band attention span, then move
on with our lives.  I'm grateful to be where I am.
With each event of world magnitude we should
journey the Earth with humility and trepidation.
Ultimately, the NFL lockout, jumping
hoops over rows of cars, LiLo's drug snorting,
and Charlie's twitter, are utterly meaningless.
Giving our attention to our own families, our
communities, and what aid and comfort we
can to the larger world community will anchor
us to the Earth no matter what tomorrow offers. 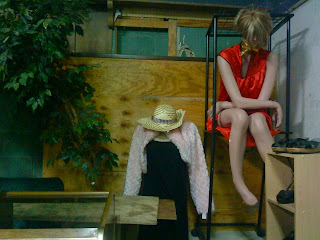 
the junk shop
closes late
and I have
money to
burn. 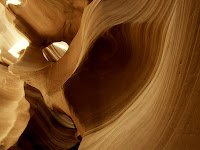 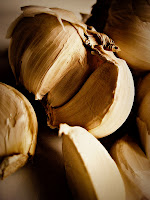 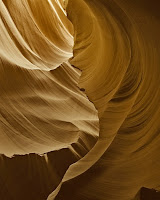 within / upon / under / throughout
in flavors of color we consume
awestruck each visioned spice
of life. 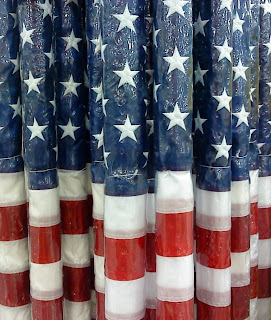 Just a quick plug for my recent post on my other
blog http://bakerstake.blogspot.com/ .  Got out of
the house after the snow ended today and went to
BJ's Wholesale Club.  I found something there that
stood out as "odd" and yet encouraging at the same
time.  Wishing all my blog friends well, and for those
of you in the warmer climes:  Please send us up north
some of that warmer weather, and beautiful spring scenes!
Cheers!
Rick
Posted by R. Burnett Baker at 6:10 PM No comments:

In Dreams We Wake 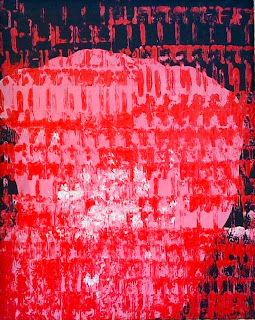 stranger at the door


peering through the screen door
a face gathered my image for the taking
and whispered to me, "come out to play."


"do I know you?" I questioned. "your voice
is strange to me." my jolted finger touched
the latch.


"all too well," was the fizzled reply.  "flip
the latch and step into your nighttide."


I slipped sideways through a timid portal.
"what shall we play?" I asked.  "where did
you go?"  no one answered.  no one was there.
in breathy silence I spun back and peered
through the screen.  weighing the image behind
red rusted mesh, I gathered my face for the taking.


from kindled lips I whispered,
"come out to play." 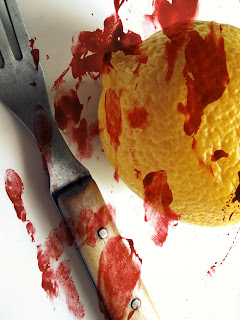 
the sweet red sauce on bananas
at the Chinese buffet is redundant.
like making lemonade from lemons.


yet, our casting simple fare as gourmet
became a Gordian Knot, of sorts.