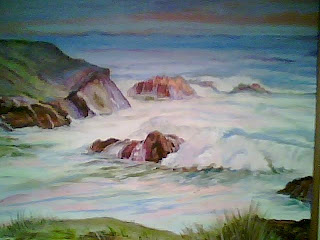 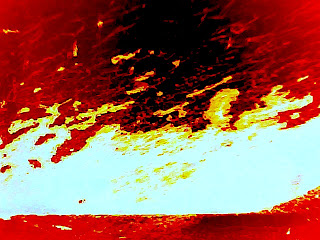 Aroma Of Winter In Spring
In my neighborhood along the southern shore of Lake Ontario, fireplaces are still burning.  In early evening and night especially, I can smell that ozone-like fragrance of spring and summer rain in the air as it dances with the aroma of firewood drifting...
firewood drifting
the aroma of firewood
drifting through winter
recalls memories
of gatherings and
laughter,
stories of
how we kept warm
on moonless nights.
Poem (c)2007 by R. Burnett Baker
Abstract photo (c)2009 by R. Burnett Baker
Posted by R. Burnett Baker at 5:47 PM No comments:

We Wait. And Wait. 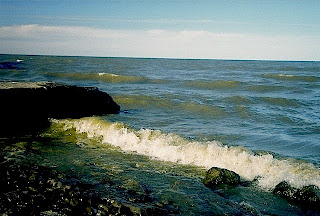 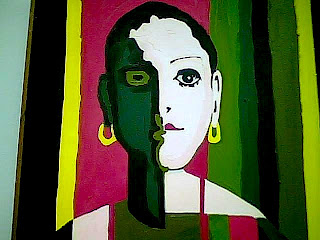 Posted by R. Burnett Baker at 6:50 PM No comments:

Defective
Ancient Chinese philosopher Mencius (382-289BCE) believed that man is by nature altruistic and good. His argument was that if one saw a child starting to fall into a well, one would instinctively react to save the child without regard to courting favor with the parents, or being hailed as a hero, or enhancing one's own reputation.
One contemporary of Mencius was Xun Zi, a Confucian philosopher who believed the opposite:  That man was inherently evil, and the purpose of moral cultivation was to turn this evil nature into goodness.
Reading the headlines of the past few months with all the mass killings one might side with Xun Zi.  Or one might be left in a quandary and simply want to ignore all media and withdraw from society.
I tend to side with Mencius.   However, I believe the human race is basically a defective species, and our seeming inability to address these ongoing horrors will some day help us destroy ourselves.  We don't seem to want to use our laws and corresponding punishments for fear of offending someone or some group of people.
We just analyze and make excuses, until we shake our heads in disbelief at the next tragedy.
The following piece, "naked in the sand"  questions this predisposition we seem to have for anger, hatred, agony and violence.
Perhaps nature will dispose of our species in due course.  Perhaps in terms of moral cultivation we are already naked.  After all, nature isn't quite so defective.
R. Burnett Baker
April 4, 2009
Atlanta, Georgia
(c)2009 by R. Burnett Baker
Posted by R. Burnett Baker at 4:44 PM No comments: 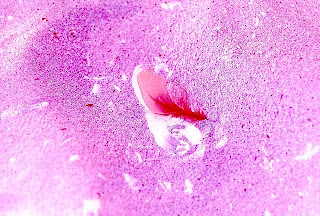 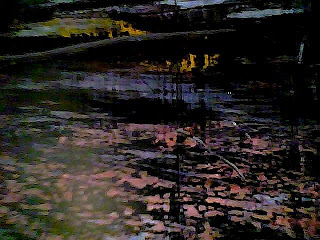