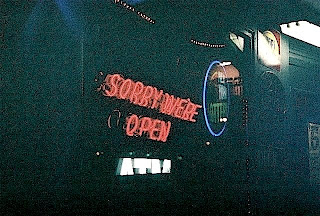 The Livin' Is Easy

Summertime.  The livin' is easy.
Well, I suppose not so easy if you're living in Texas this summer.  But finally we've had some summer weather here in New York.  You know, 80℉ and a bit of humidity.  I've actually turned a little fan on in my bedroom!
And one little luxury in summer is slipping into a bed with clean cotton sheets then sliding your legs and feet around, searching for those cool cotton patches under the covers.  Much easier than chopping cotton at harvest time in heat and dust.
A fan in summer and cool cotton sheets:  Now THAT's livin' easy!
Rick Baker
Rochester, NY
July 29,2009 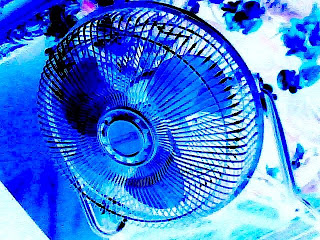 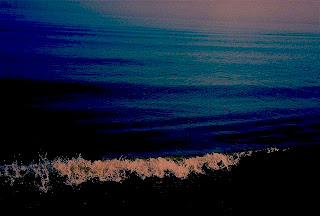 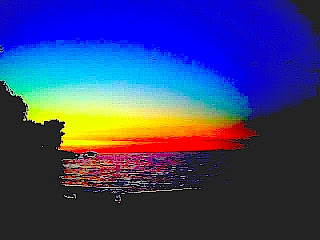 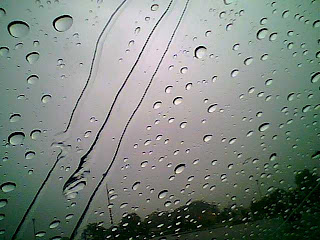 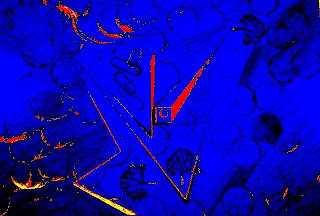 fractured clouds
a waning crescent moon
to the east,
venus bright in
southern skies
offered little light
for a three AM walk;
air cooled by
passing rain showers,
I dreamed of
sleep,
my eyes heavy
as night
but open like
fractured clouds.
Poem © 2009 by R. Burnett Baker
Ink, colored pencil drawing by R. Baker, 1977,
digitally colorized 2009.
Posted by R. Burnett Baker at 1:04 AM No comments:

Humor in the Stars, Buck 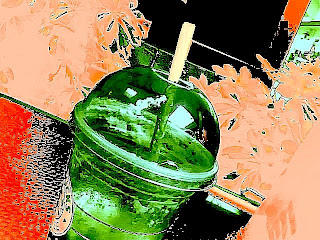 Seldom do I go shopping, but today I went to Eastview Mall in Victor, NY for something specific.  Victor, NY is saturated with upper middle class snots, and Eastview Mall is where the "upscale" stores are in the Rochester area.  Whatever.
In the center of the mall is a Starbucks.  Ever since I didn't get hired by them, I've pretty much boycotted Starbucks.  That's not hard to do since their coffee tastes like burnt cardboard on a good day.  Just my opinion, but taste buds tell the story.  Do I sound bitter?  Almost as bitter as their coffee!
Anyway, I was in the mood for one of those green icy thingys they make at Starbucks.  So I waited in line with the snots and their snotty offspring.  When my turn came to place my order I asked the "barista" if they still made those "green tea slappychinos".  Without breaking a hint of a smile, he said to me as if he thought he was being educational, "We make a green tea FRAPPAchino."   I said to him, "That was a joke....nevermind."  I asked for a large.  He rephrased that by asking me "You mean 'Grande'?"  If anyone needed to be bitchslapped it was this guy.  Let's call him "Buck".
There were three of these "Starbuckians"  working today.  (YES, they're called that by corporate, but that's another essay!)  And NEVER once did I see them smile.  Not once!  Guess their sense of humor is in the stars.
Two years ago I was in a local Starbucks.  The three following pieces were written with a sense of humor as I sat and observed the surroundings.  It was part of my research.  After all, I was to have several interviews with the company at that time.  Guess I wasn't "Starbuckian" enough.
Whatever.
Rick Baker
July 15, 2009
Rochester, NY
Note:  All three selections from the chapbook "manic muse and other observations", 2007.
soy
at the fancy coffee shop
a patron watches a barista
whip up her beverage
then asks if it has cream
to which the barista says "yes"
to which the patron says "oh"
to which the barista asks
"did you not want cream?"
to which the patron replys
"I really wanted soy, but that's ok"
at which point I considered
the stupidity of the exchange
since neither woman really knew
what soy is and the damned drink
was being poured into a
freakin recycled paper
cup
and anyway,
I prefer my coffee
in fine bone china
half and half
please.
Poem © 2007 by R. Burnett Baker 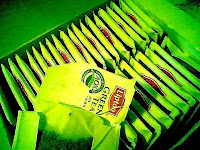 100 teabags
writing my name on a cup:
a ploy giving appearances
of exclusivity to my tea,
costing more than 100 teabags
at the grocery store.
taking money at one end of the counter
and handing over my drink at the other end:
making simple process
a ritual, an added value.
I passed the grocery store
to validate pomposity
simply because I'm
too lazy to fill a cup
myself and push the
microwave button.
all at the same
end of the counter.
Poem © 2007 by R. Burnett Baker 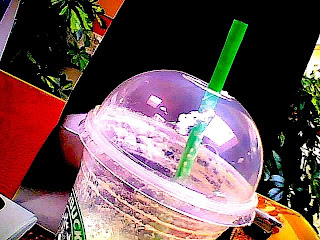 talking business
a man slurping latte
engages a woman
at the table, latte too,
both with pens, paper
and notepads, talking
business.
she in stretch pants
and rubber slippers.
he, white shirt and tie,
full and stuffed
in his suit.
she counting calories
in a plastic dome-topped
cup.
he, like June,
bustin' out all over.
Poem © 2007 by R. Burnett Baker
All photographs © 2009 by R.Burnett Baker
Posted by R. Burnett Baker at 4:36 PM No comments:

That's a bumper sticker.  You see it all over Western New York.  "Ithaca Is Gorges".  It is a beautiful part of the state:  A small college town at the southern tip of Cayuga Lake in the Finger Lakes area of central New York.
I was working night shifts in Ithaca for the past week.  Reporting for work at 9pm, I saw some very beautiful sunset skys around 8:45 pm.  By 5am the first hint of the Earth revolving was an ever-so-faint blue sky crawling over the hills from the east.  On the face of those hills sits Cornell University, still dark and sleeping.  Leaving the parking lot at 6am yesterday, I snapped a few photos with my cell phone of the streaking sunlight shooting over those same hills.  Sunrise in this town of fewer than 30,000 people is quite stunning, cheesy bumper stickers notwithstanding!
Rick Baker
Rochester, NY
July 12, 2009
night broken 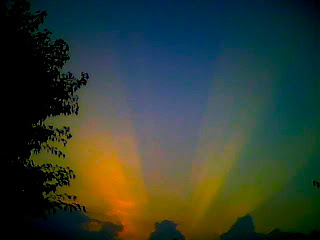 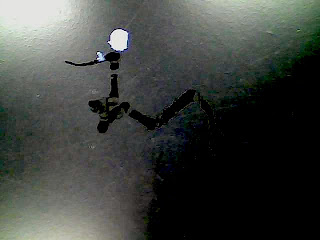 eclipse
your words of affection
blind my pragmatic heart.
your actions
eclipse
the
sun. 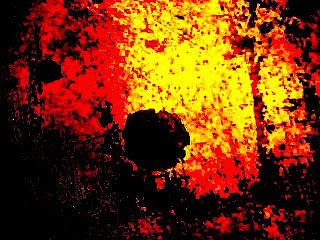