Life Of An Insect

Can an insect teach us anything about our lives?  If an insect unintentionally tries to tell us something about ourselves, why should we listen?
This next piece is from my 2007 chapbook titled "Manic Muse and Other Observations."
mayfly
on the windshield one morning
a newly hatched mayfly scurries
around the clear glass surface.
resisting the urge to sweep it away
with wiperblades I begin driving.
mayfly clings with suctioned legs
to glass as the car's speed increases
down the street.
I think that any moment the mayfly
will release and be gone, but no,
it clings tightly even with one leg.
in my mind I shout "let go you foolish
insect, let go!  don't cling...you have wings
so fly for heaven's sake!"
finally hurricane-like wind wisks
the clinging mayfly away in an instant,
clear glass clear again.
and in my mind a voice shouts at me
"fly foolish man, fly!"  and stepping
harder on the accelerator
I search frantically for wings.
Poem © 2007 by R. Burnett Baker
Posted by R. Burnett Baker at 6:29 PM No comments: 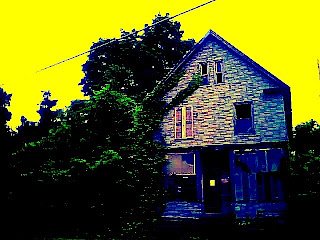 This afternoon, June 26, 2009 there was a violent rain storm that swept over parts of Rochester, NY.  It came in off Lake Ontario quickly and with a purpose:  To remind us mere mortals that Mother Nature's in charge.  At work, a sudden sound of the mall roof seemingly exploding had all of us rushing to the door to witness the deluge.  High winds and rain pounding in horizontal sheets were amazing!  Gotta love a storm once in a while.
It also produced one to two inch hail.  Hence the sound on the roof.   I wasn't concerned with the roof.  I just didn't want to walk out and see a crater-dented car.  But after about a half hour of excitement I managed to wade into the parking lot and find no damage.  The Gap store within the mall was totally flooded and had to close.  Many cars in one area of the mall parking lot were left standing in water up past the doors.
In a short time, the violent rain, lightning, wind and thunder diminished to a gentle rain, then brilliant sunshine and blue skies.  All's well that ends well.  Except for Gap, perhaps. 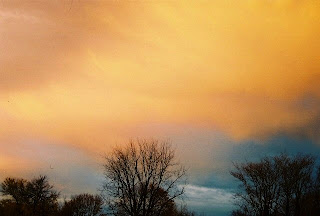 storm divine
it's the rain's fragrance
we savor,
a break in clouds
that makes
a storm
divine.
Poem and photo © 2008 by R. Burnett Baker
Photo taken 2008 by R. Baker in Rochester, NY. 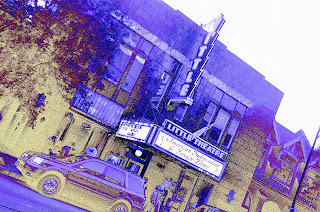 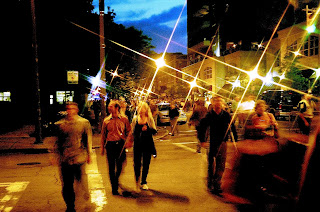 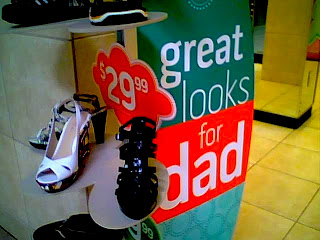 Oh Dad, Oh Dad!
We Never Knew Ya!
I couldn't resist posting this photo.  In the mall where I work the Famous Footwear store had this display outside their door every day for about three weeks.  It's a classic "what were they thinking" scene.  No wonder so many retailers are filing Chapter 11 or going out of business.  So out of touch with their customers.
Then again, maybe I'm the one out of touch!  After all, I'm still using 35mm film to take photos.  Anyway, after a day or two in one of these gittups, Dad will certainly appreciate the poem posted below titled "Days End"
Happy Father's Day!
Rick Baker
June 21, 2009
Rochester, NY
Posted by R. Burnett Baker at 6:45 PM No comments: 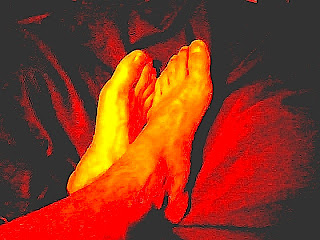 day's end
work's finished
for another day,
for another evening
of respite from
survival's demands.
I kick shoes off
burning feet
laden with body weight.
calf muscles ache
for the sake of walking,
for the steps in passing;
burn for reasons forgotten
as footprints refuse to
follow feet forging ahead.
how refreshing the sofa.
how calming the silence.
how disquieting
the ache of life
moving along
at the speed
of breathing,
in the blink
of an
eye.
Poem © 2006 by R. Burnett Baker
Photo  © 2009 by R. Burnett Baker
Photo:  "Self Portrait"  taken by R. Baker
Posted by R. Burnett Baker at 6:29 PM No comments: 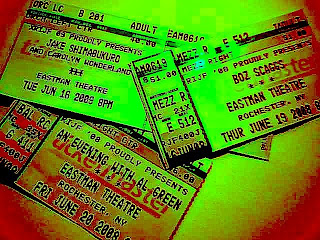 It's so easy to become mired in daily life.  Work. Sleep. Chores. Work. Sleep. Chores. Bills.  It's so easy to choose to stay home in the evening and watch the news, and mindless television.  It's so easy to not take part in activities around us, regardless of how mundane they may seem to be.
It's mid June, and in Rochester, NY that means the Rochester International Jazz Festival.  First organized in 2002,  the nine day RIJF is steadily becoming a world class event.  Last year the festival attracted some 125,000 music lovers.  I never took notice of the festival until last year. And I love jazz music.  So last year I made a decision to attend a couple of performances each year going forward.
From the music world the RIJF has headlined names such as Tony Bennett, Ravi Coltrane, Al Jarreau, Chick Corea, and Madeleine Peyroux.  Woody Allen,  George Benson, Dave Brubeck, Aretha Franklin, Nora Jones,  Etta James, and Oscar Peterson.  Oh my goodness, the list goes on and on!
I cannot imagine why I was so wrapped up in my little proscribed world for those years.  It's also so easy to dismiss all this as mere celebrity worship, and there's way too much of that in this country.
But this is different.  Music is different.  It stirs excitement.  It conjures up beautiful memories. Music electrifies the senses, teases our emotions.  Many forms of art do these things, but music takes us into other worlds, and sweetly banishes the mundane from our daily lives.  Attending a concert is often very emotional for me. (In a good way!)  Watching these artists perform their works live, works that we've listened to for many years, transcends celebrity:  It makes those musical legends real and intimate.  It makes us real and intimate.
Last year I watched Boz Scaggs, Al Green, and jazz ukulele maestro Jake Shimabukuro.  So far this year I've seen Jake again, along with Austin, Texas blues guitarist Carolyn Wonderland. Just magnificent!
So I'm including with this screed a couple of poems I wrote over the past few years relating to art and music.
Go on!  Go out and see a concert!  It's so easy to sit in.  And it's so easy to open the paper or internet and find temporary contentment for the soul!
Rick Baker
Rochester, New York
June 18, 2009
______________________
sax crying
jazz percolates
the coffee shop.
lattes
teas
sweetbreads
lend aroma
to melodic 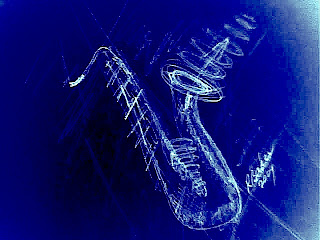 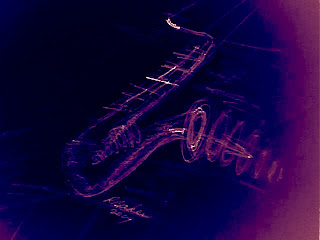 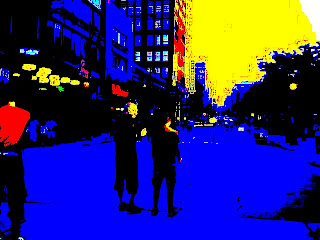