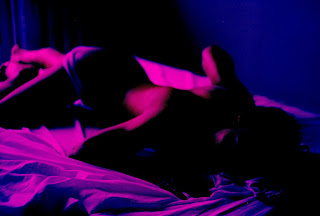 
and now
I seethe and
relish the quivered
instant when
every part of
nature's nerve
stings my very being
with sweat and
polish,


lying
breathing
wet with thirst
and parched
at once,


never never
to be quenched. 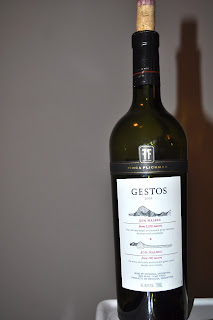 
Ok. I'm not much of a wine drinker, but I've found a really nice one. It's not expensive. I know nothing about "oaky, smokey, bouquet, bloaky..." You know, all that wino talk. What rubbish. Anyway, this wine is just guud. No aftertaste. Nice buzz. No headache. (Well, at least if you don't drink a gallon of it.)  It's a slightly dry wine, but try it out! 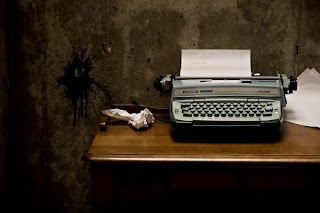 Photo courtesy of Tess Kincaid
speak to me
a splash of ink,
a quill to
the heart,
words always
at our fingertips
even when voices
can't be
heard.
Posted by R. Burnett Baker at 3:20 PM 8 comments:

Always good to visit family!  This trip I had the special treat to meet and have lunch with one of our favorite bloggers Cheryl Cato  (Lizzy Frizzfrock) and her husband Gerald.  My mother and I  had arranged to meet Cheryl and Gerald in Bastrop, Texas.  After lunch we drove to their house and saw the devastation from the fires that recently destroyed some 1500 homes and thousands of acres of pine forest. It was truly a humbling scene, and one that gives pause for thanksgiving.

Many of us bloggers had followed the updates that Cheryl posted during those days, and I'm thankful for them that they are able to still have their beautiful home and help rebuild their community.  As some of you remember,  their house was one of three that survived on their street.  I'm including here a link for donations to Bastrop fire relief agencies if anyone is so inclined. 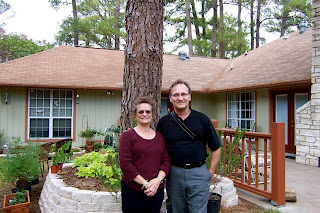 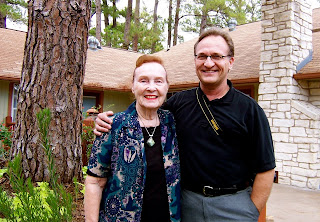 My mother Betty and me
It was wonderful to meet you and Gerald, Cheryl, and hopefully we can meet again in the future!

We tossed around the idea of getting some of the bloggers together in the future for a "blogger's convention" at some central location.  I know that Cheryl has mentioned this on her blog this week, and I think it would be a fun way to put, as I said to her on FB, voices, faces, and reality to the words and pictures we see of each other each week.

If anyone else would be interested, let's explore the possibilities of arranging such a "meet and greet", as Cheryl put it, and see what transpires!  I'm open to any suggestions, and would welcome emails about such an event for next year.

Lips. Lips To Find You 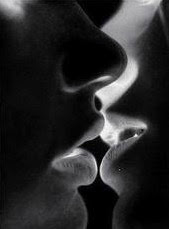 Photo from Google Images
cusp
behind the backdrop of now
I'll bend and blend into the
ethereal wisp of lips pressed
and pulsed for one revealing
moment of
breath
against
breath.
Poem © 2011 R. Burnett Baker
Posted by R. Burnett Baker at 8:03 PM 6 comments: 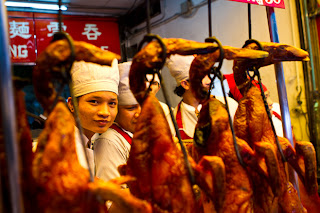 
love prepared
a feast in


tangy tangents
of our fervor


in  nearness
of even the
smallest view
of want 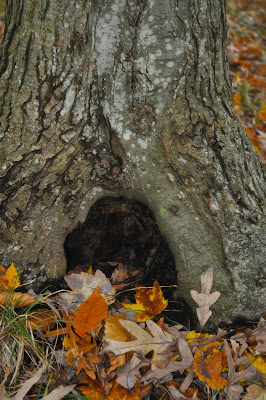 multitudes of forever
they gathered at the portal.
they had no choice.  to find
shelter was a prayer they had
been taught from birth.
despite all the wind, rain, and
burning sun that their glorious
family tree had nurtured and
endured, there had been no
rehearsal for the great falling;
and the falling itself was sudden
and by design.
now at the door to the family tree,
through darkness they gathered
their crumbling vessels of life
and poured out their sorrows
as ransom for shelter.
but wind has its own agenda.
it carries with it the dreams of
every living and dying creature
in its stream, and its agenda is to
keep moving in every direction;
to suffer the fears and dreams
of every life
and
passing season.
Poem © 2011 R. Burnett Baker
Photo© 2011 R. Burnett Baker
Photo taken by R. Baker at Powder Mill Park, Rochester, NY October 2011.
Posted by R. Burnett Baker at 6:28 AM 1 comment:


of every
dying
drama for

we liberate,
at last,
this breath,
this death,
this splendid
fading
prelude. 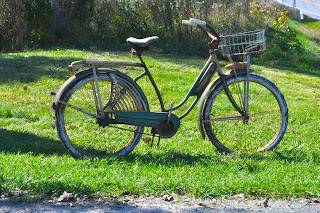 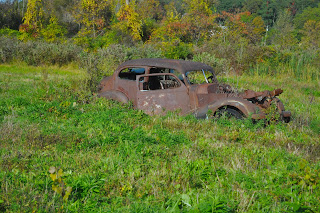 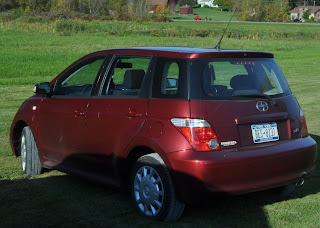 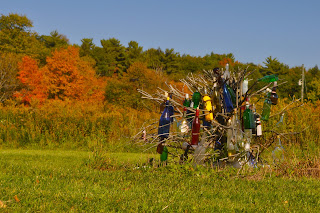 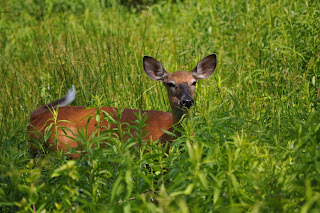 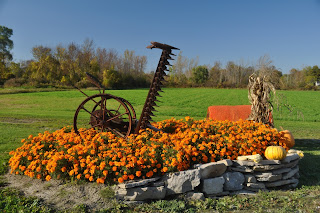 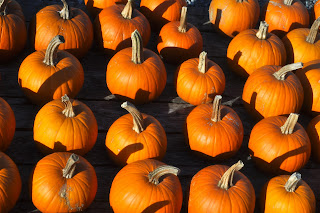 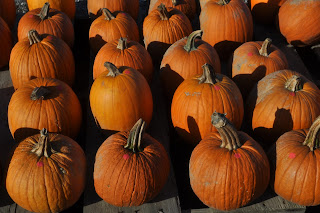 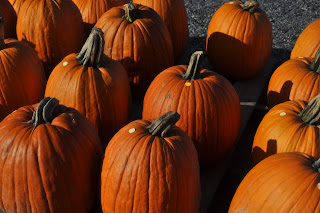 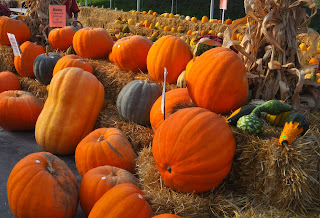 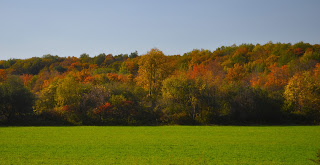 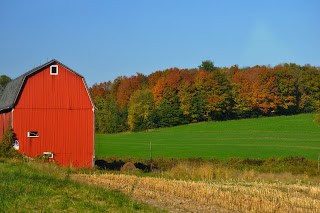 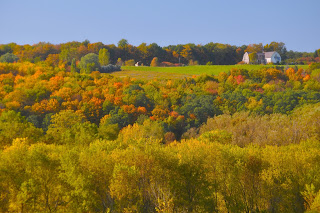 Protest? Be Happy That We Can

As we hear and read about the "Occupy" this, that or the other place or city in the United States, it is, perhaps, timely to think briefly about another milestone in world history.
Yesterday, October 10th, marked the centennial anniversary of the Xinhai Revolution ( or Hsinhai 辛亥革命)  in China.
The what revolution, you ask, and why? This revolution was the cornerstone of the overthrow of the last imperial dynasty in China, the Qing (1644-1912) Dynasty, and the establishment of a brief republican era.   Dr. Sun Yat-sen was and still is considered to be the father of modern China.  Actually, I would argue that he is more respected in Taiwan ( Republic of China) than in the People's Republic of China.  I'll not delve into the long historical details of all that, but simply encourage anyone who is interested to research and read about it.
Suffice it to say that despite the rhetoric one might hear coming from Communist China, republicanism is not the norm on the Mainland regardless of the rights that country's constitution purports to give its citizens.
Only in Taiwan have we actually seen the development, after many long decades, of republicanism and/or democracy.
Which brings us to this not so small point:  We are granted the freedoms and the LUXURY in this country to be able to protest whatever we feel passionate about.  For the most part, we can do so without serious repression by the government, pepper spray incidents notwithstanding.
So no matter your stand on these "occupy" protests, never loose the perspective of how we are fortunate to be able to exercise a high degree of free expression in this country against evil corporations, banks, and government hacks.
Oh yes, and against political parties.
Here I'm reposting a poem I wrote some time ago.  It was a response to another form of free expression I found in a local coffee shop:  Bathroom wall graffiti!
There is a quaint coffee shop here in Rochester, NY where I enjoy people watching, talking with friends, and appreciating the sometimes bad art hanging on the walls.  You know the type of place: Trendy and bohemian.  As if those two concepts aren't mutually exclusive.
Occasionally, someone leaves some kind of "art" on the men's room wall.  Nothing vulgar, mind you, but usually small and somewhat odd. Once there was a black marker drawing of a crow on a tree branch. The management simply touched up the paint and the crow had flown.
Last week, a new piece of men's room art appeared.  Also in black marker on the deep red wall was the outline of a face with the word "happy" stylized beside it.  I couldn't resist taking a photo with my cell phone.
I was struck by the expression of the face next to that word.  Who was the artist?  What was his intent?  His background?  So many questions we can ask after a trip to the men's room!
But the image stayed with me and I couldn't help but write about it. With recent stories about a particular internet provider confronting issues of censorship on the other side of the world, I couldn't help but read more into the image than probably exists.  I doubt that graffiti drawing will be there when I next visit, but the image remains on my cell phone.
And in my imagination.
Rick Baker
March 31, 2010
Rochester, NY 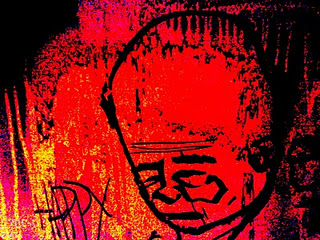 little red book
on doors of toilets
and alley walls they've
graffitied your profile
in black and named you
"yellow peril" and "red".
through chapters of history
your colors coursed as
blood through fields.
dragooned, you bowed
to masters near and far
and now your masters near
declare you leader and
decider of your collective
fate;
proclaim you happy
behind walls built
to protect you
from your
freedom.
Poem © 2010 by R. Burnett Baker
Photo © 2010 by R. Burnett Baker
Photo of graffiti drawing taken March 2010 by R. Baker  in Java's coffee shop, Gibbs Street, Rochester, NY
Posted by R. Burnett Baker at 8:16 AM 1 comment: 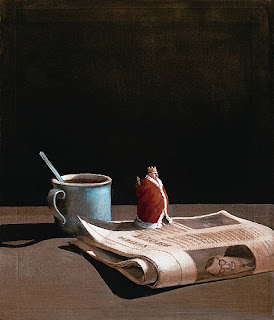 Michael Sowa, from The Little King
Shared by Tess Kincaid
resurrection
as a man's home
is his castle
the naked light
of his life
is cloaked beneath
his robe
blinding all as he
stands upon the
obituary of his
bitter black
chicory life.
Poem © 2011 R. Burnett Baker
Posted by R. Burnett Baker at 6:49 AM 11 comments: 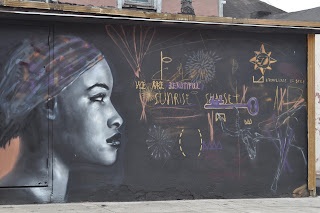 
beauty to
the seventh


minus keys
to life divided
by starbursts
and rams'
heads


a dawning
in our
lives.


neither cold
nor warm
only movement


and I'll wonder
if it's living
or if I am


and relish
its touch. 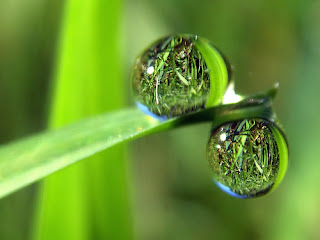 
what morning fog
left behind:


crystal clarity
ready to evaporate
before life
knows it's
gone.

Epiphany
(Of Sorts)
Some of you have read a couple of my rants on Baker'sTake to know how I usually feel about celebrities and so-called entertainers.  Well, Lady Gaga has been someone I have just loved to can't stand.  I mean all the costumes and controversy and such is irritating to me.  You know, Elton was doing all that costume stuff 40 years ago.  So I've been quick to shout "copycat" about Lady Gaga.
Well, thanks to one of our fellow bloggers and outstanding poet/writer Arian Tejano, I've had an epiphany of sorts:  On his FB page he posted a clip of Lady Gaga and Tony Bennett in a duet singing "The Lady Is A Tramp."  I hope he will excuse me for posting this here ( Am I a copycat??), but this performance is outstanding and uplifting.  I was blown away.  Yep, I was shouting "Well shut the front door!!"
If Lady Gaga would do a show like this instead of those, well, "songs" she has been doing I'd actually pay to see her.  Time and again!  I just love this clip, and hope you will too.  (Just pardon the advertising at the beginning of the clip.)  And Thanks,  Arian!
Rick
Posted by R. Burnett Baker at 5:28 PM 2 comments: 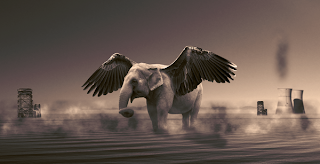 Photo courtesy of Tess Kincaid
the party politic
they were tired:
promises.
pontifications.
rhetoric for mass appeal.
pandering for
emotive glee.
every year,
every two,
and then the
ones on the four
had become a circus
without three rings...
had no
trained animals.
no flying trapeze.
no dashing men
on horseback, or
women in the
nets;
it had all become
nothing more than
clouded horizons
no one could see
even from upper floors
with glass skin:
wrinkled skin and wings
of cigar smoke-stained
dreams that no one
cared to
remember.
Poem©2011 R. Burnett Baker
Posted by R. Burnett Baker at 6:59 PM 10 comments: