THE OVERLAY OF TOUCHSTONES & TIME
As in the previous two posts, this is a sampling of images and text previewing my developing series in conjunction with the Raffles Bicentennial celebrations currently in progress and continuing through the end of 2019 in Singapore.  Refer to the previous posts for other image overviews of this project. All photos and original texts ©Rick Burnett Baker

These four images are of benches on Coleman Street, adjacent to St. Andrews Cathedral. The text is inlayed in each bench.  I've then overlaid other Singapore images onto these bench photos. I felt that the message here is what we in the US talk about and what Singapore actually does. These images would represent the last four images in an exhibit of this series.

"TO BUILD A DEMOCRATIC SOCIETY, BASED ON JUSTICE AND EQUALITY, REGARDLESS OF RACE, LANGUAGE OR RELIGION, SO AS TO ACHIEVE HAPPINESS, PROSPERITY, & PROGRESS FOR OUR NATION." 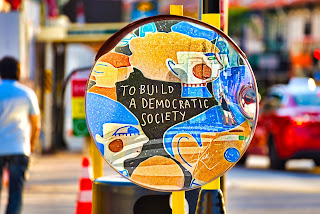 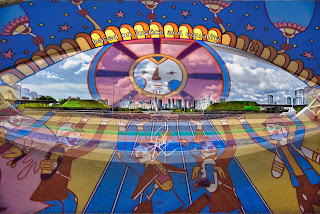 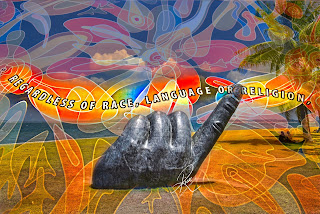 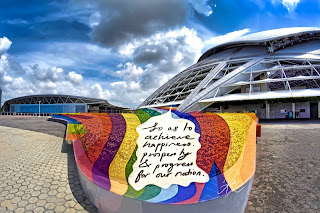 
THE OVERLAY OF TOUCHSTONES & TIME
As in the previous post, this is a sampling of images and text previewing my developing series in conjunction with the Raffles Bicentennial celebrations that are currently in progress and continuing through the end of 2019 in Singapore. Refer to the previous post for the overview of this project. All photos and text ©Rick Burnett Baker

"Surrender is the spirit of trust,
the loving touch of all known and unknown;
A communion of being."
-RBB 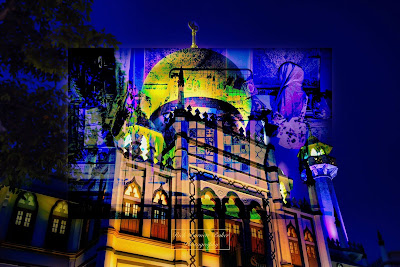 "Pause for reflection and memory;
forest and lake; stillness and breeze.
Prayer, like the wind, is movement."
-RBB 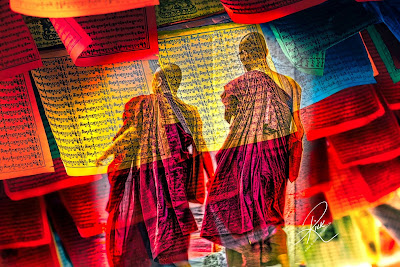 we are
fire and ash,
water and stone,
flowers and earth

we are
sons daughters
mothers fathers

of every
passing and ascent
of night to
day. 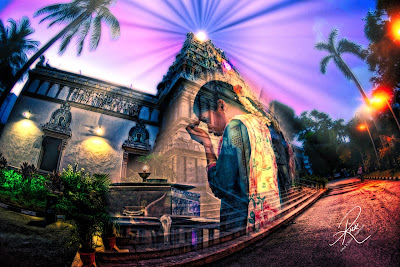 "We are most beautiful when we are not,
for in that image is the seed
of all that behold
beauty." 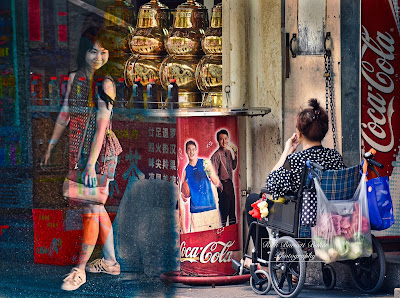 "We memorialize our veterans for being noble and brave.
If ever humanity learns the greater lessons of war,
we will have truly honored them." 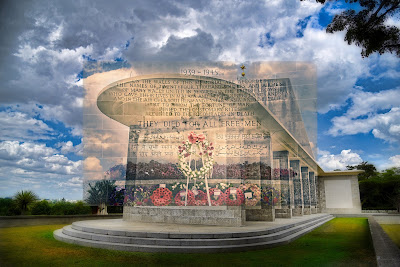 Posted by R. Burnett Baker at 8:01 PM No comments:

THE OVERLAY OF TOUCHSTONES & TIME
This sampling of images and text is a preview of a developing series in conjunction with the Raffles Bicentennial celebrations that are currently in progress and continuing through the end of 2019. All photos and text  ©Rick Burnett Baker.


A touchstone to the past is most often a house, school, building, or a place where we used to hang out with family or friends. Years later, when we return to any of those elements of our past, we are sometimes flooded with myriad emotions and memories.  One element of touchstones that we sometimes forget is that those memories were most often created, not simply by a physical structure or place, but by the people who shared those places with us.
​
In Singapore, so many of the places that Singaporeans, expats, and visitors remember fondly have disappeared to the ever changing landscape of development and redevelopment.  This project will explore some of my personal touchstones, but also those that older Singaporeans remember, and younger generations never knew.

This will be a photo narrative, in the spirit of the Raffles Bicentennial, spiced with commentary, quotes, and poetry!  This will also be a challenge to the younger generations of Singaporeans to create their own, new touchstones, keeping in mind that people will be the most cherished part of those new creations.
____________________

"When we pull back the curtain of our inner child
we unleash the art of creating our future."
-RBB 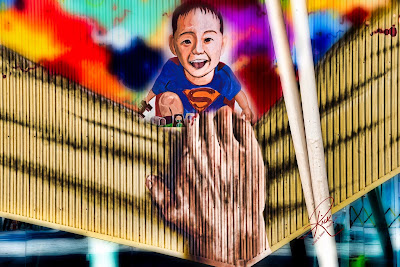 "I had designs on you.
Paths were carved from every decade
of emotion, a blueprint unfathomed.

I'm long past the dedication, ribbon-cutting, cornerstones;
You are a time capsule, empty."
-RBB
Adapted from my 2014 poem, 'metropolis'. 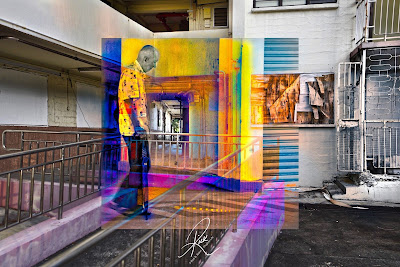 "We stand where heritage has drawn us.
self is the gathered vision of history against uncertainty."
-RBB
Adapted from my 2013 poem, 'crossings'. 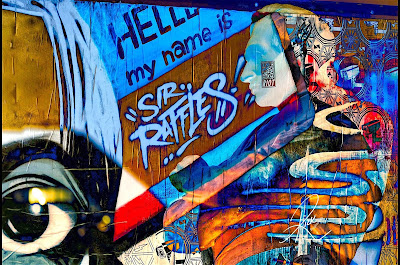 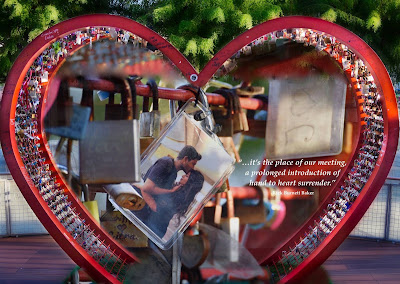 "We are view, we are days, we're the
looking glass windows to unnamed futures."
-RBB
Adapted from my 2012 poem, 'paths' 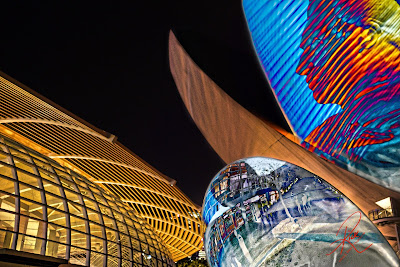 Image 1: Base photo taken at Singapore Art Museum (SAM) Waterloo S.
Overlay image of “Superkid” is the side of a building at Heritage Chalet, Pasir Ris Park.

Image 3: Base photo is a stylized rendering of an applied mural in the pedestrian underpass near Boat Quay in 2013. The overlay is Raffles Statue, Empress Place.

Linguistics Of Music: A Portrait

"Portraits should offer more than perfectly
lit images of someone's face.
They should open a window
to that person's essence."


We were privileged yesterday evening to have Cellist Kevin Maa join us at the Montanus Gallery for a photoshoot and impromptu 'concert'.  Kevin is an accomplished musician, and has been auditioning for entrance into Rochester NY's acclaimed Eastman School of Music.  (Visit these embedded links.)

Here are a few photos I took during our session.  These are not typical 'portraits' but rather what I call 'candid portraits' that attempt to peer deeper into a person's being.

Portraits should offer more than perfectly lit images of someone's face.  They should open a window to that person's essence.

We wish Kevin the very best in his artistic and professional endeavors! 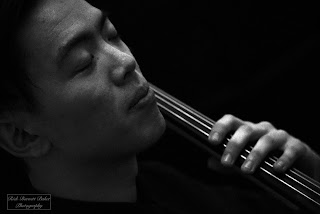 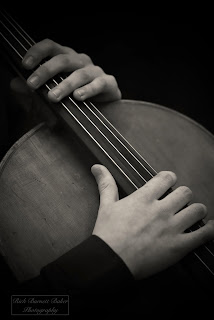 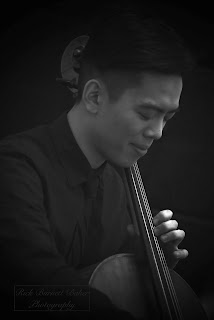 "Listen To The Melody" 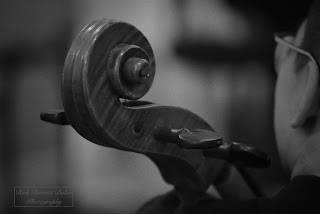 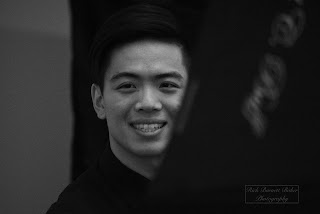 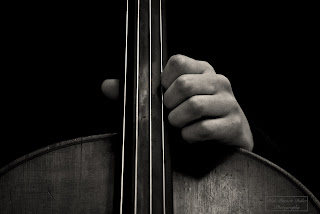 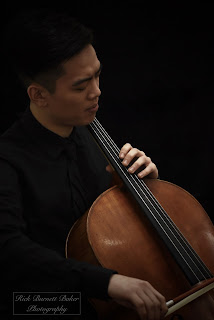 
UPDATES
Been a while since I've posted here.  Seems that blogs tend to be considered "last century" with all the changing social media platforms these days.  I retired in November of 2016, and have been busier than ever with my photography endeavors, road trips, photo essay exhibits, media coverage, and work at our gallery. I'll be off to Asia for a month in March/April for photo shoots and business talks.

To update anyone still following blogs, I was invited to be a gallery partner with noted Rochester photographer Jim Montanus over a year ago.  This January we have moved with two other photography partners to Village Gate here in Rochester NY.  Larger space, retail presence, and many exciting photo exhibits and events planned and in the works!

I invite you to look me up on Facebook:  Rick Burnett Baker.  (Have to use the middle name because of that Academy Award winning special effects artist Rick Baker).

Check out the Montanus Gallery Facebook page, Google my gallery partner Jim Montanus https://www.facebook.com/MontanusPhotography/ and his father Neil Montanus, https://www.montanusphotography.com who was a famous Kodak photographer for nearly 40 years.  Neil did Walt Disney's official portrait that is still used by the Disney company today, and President Gerald Ford's official White House portrait as well.  Neil will be 91 next month, and occasionally come into the gallery to greet fans.

Cheers to you all, and I'll try to post more often here going forward! 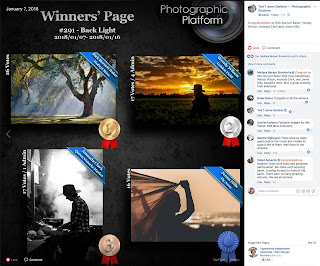 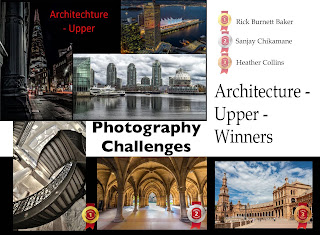 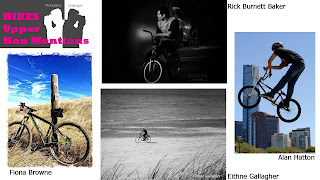 Posted by R. Burnett Baker at 7:45 PM No comments:

Prayer And Redemption? Asceticism Or Madness?


What is the human condition if not uncertain?  I may believe that I'm normal and sane.  My view of the ascetic's behavior will serve to validate my belief.

The deeper questions require me to qualify that reasoning.  In quiet moments alone, am I the one most in need of prayer and redemption? 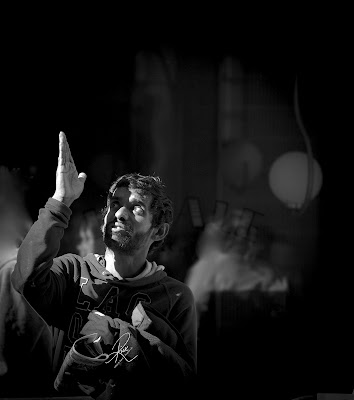 Prayer serves to plead, beg redemption, or
give thanks.  Sometimes it's a soliloquy over
real or imagined states of being. 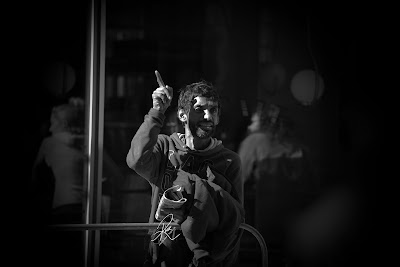 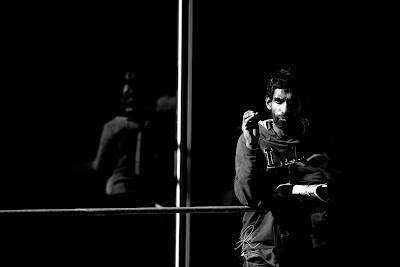 The face of resolve reflects determination,
reluctance, gratitude, anger, relief or any
number of emotions.  The face of madness,
however, reveals nothing.

This photo essay is an excerpt from my developing series "Dream: Please Excuse Our Appearance"™.   This photo essay/exhibit is tentatively slated to show in late summer of 2018. 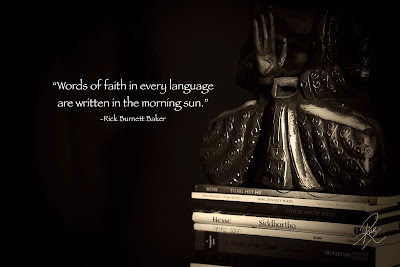